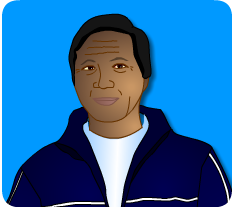 Mr Jimmy Yu is a 51 year old self employed financial advisor who has built up his business over the last few years. He regularly looks after his two young children whilst his wife is working.

Jimmy’s symptoms began while driving his car and he was stopped by the police. Initially the policemen thought he was under the influence of alcohol but they quickly realised that he was unwell and called an ambulance. On admission to hospital Jimmy was classified as having a posterior circulation stroke affecting the cerebellum.